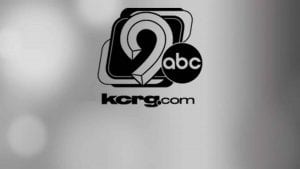 For days now, the only ones searching for a teenager swept away by this weekend’s flood have been his anguished parents, his grandparents and a determined band of volunteers in canoes.“I’m not going to sit around and leave my son out there,” said Roger Brown, who set out from his Iowa farm on Sunday night, as soon as he got word that his only son, 18-year-old Daniel, had vanished that day while rafting on rain-swollen Mill Creek.One family’s tragedy had been dwarfed by a citywide catastrophe. When the Browns appealed to emergency services for help — boats, dogs, air searches, trained volunteers to comb the creek bank for some sign of their son, anything — they heard the same response. All the searchers, dogs, boats, choppers and trained searchers were already out in the field, rescuing people from flooded neighborhoods in every corner of the city.That changed on Thursday afternoon, when dozens of emergency workers, released from rescue efforts, arrived at the creek to begin what everyone fears has become a recovery, not a rescue.Dan’s mother, Joyce, numb from days of searching, still holds on to hope. His father, who served eight years in the infantry, calmly discusses the cadaver dogs they’ll need to continue the search for their only son.“I’ve been on body searches in Iowa. Up until now, I couldn’t fathom what that must feel like,” he said, tearing up.But for four long days, no one in the flood-ravaged city seemed to have the resources to spare to start a search of Mill Creek.“We want somebody to help us. They never did,” said Brown’s grandfather, John Urmie, standing in a marshy field along Lebanon Pike, where Dan’s classmates — some who drove down from Iowa and some from Nashville’s SAE Institute, where Dan was studying sound engineering — were out in canoes, searching the still-flooded creek.Family and friends distributed missing persons fliers around town, hoping against hope that he might have made it out of the water. They went door to door, looking for someone who could lend them a boat. Brown hired a day laborer with a machete to cut a path along the soggy, treacherous creek bank so he could search on foot.They called canoe rental companies all over the region. That’s how they found Larry Wells, owner of Duck River Canoe Rental in Chapel Hill, Tenn., who pulled a flat-bottomed boat up from Alabama to help with the search.“I’m real sad for him. If was my kid, I’d be standing out on the banks of the creek too,” said Wells, whose boat turned out to be too heavy to maneuver in the debris-choked creek, but who stuck around all day, in the blistering heat, just in case he was needed.Dan Brown, a talented young musician, used to sit on the porch of his parents’ farm and play his guitar — rock and roll, blues, country, you name it, he could play it. When he graduated from Springville High School, part of a graduating class of 44, he made his way to Nashville, where he enrolled in the SAE Institute of Technology where he was studying sound engineering.On Sunday, he and two classmates pulled on their swimming trunks and hopped into Mill Creek on three lashed-together inflatable rafts that were little more than pool toys. It was the kind of dumb stunt that teenaged boys pull, and it began to go very wrong, very quickly.Mill Creek was flash flooding. Within a quarter of a mile, the fragile raft slammed into the bridge along Murfreesboro Pike — a bridge that usually soars over the tiny creek. On Sunday, the creek roared over the bridge and horrified eyewitnesses saw the raft hit, and then get dragged beneath by the current.One of the young men crawled to safety there. Another was rescued a mile downstream. Both were injured but had recovered enough to return to class by Thursday, an SAE spokeswoman said.Dan, however, had vanished. His father found two of the inflatable rafts dangling under the bridge. The canoe searchers found the other far downstream. The creek is still running high and clogged with huge piles of debris, creating a frustrating, hazardous maze for the volunteer searchers.“We need professionals who can navigate this creek and help with the search. We need professionals with cadaver dogs,” Brown said.And then, like someone had flipped a switch, the professionals began arriving Thursday afternoon. Extra police cars began pulling up to the family’s staging area on Lebanon Road, joining Sgt. Mark Denton, who had helped the lost and disoriented family on their first night in town and who had gone out on his own to search the creek, trying to help. Two volunteers from Davidson County Rescue Squad, Ali Hemyari and Nick Wolkonsky, had also come out on their day off to help with the search.Then half a dozen firefighters rolled up, followed by an entire urban search and rescue squad, until there were at least 25 emergency workers out and ready to roll. The police chopper arrived, flying low over the treetops, crisscrossing the creek, searching.The operation moved to the Murfreesboro Bridge, the last place Daniel had been seen, and the professionals took over.The construction crew overseeing the bridge repair sent a bulldozer down the hill to plow a clear path to the waterline for the rescue boats. The cadaver dog and its handler arrived. It was 3:30 p.m. Thursday and the official search had begun.And that was almost worse for his parents, who suddenly had nothing to do except watch and wait.“I wish there was something I could do,” Brown said, watching the searchers walking a careful grid along the creek bank.A few hours later, the search was called off. The dog was tired, the family was told.