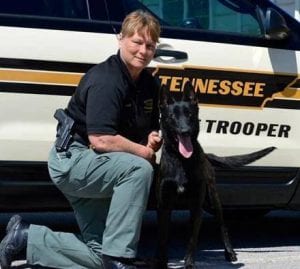 Their goal: to help state troopers keep people safe within our community.

“Duke”, a Dutch Shepherd, and “Pito”, a German Shepherd will serve with the drug team.

Before they can hit the road however, the dogs will have to undergo ten weeks of extensive training.

They’ll have to prove they can detect cocaine, methamphetamines, heroin and marijuana.

Then they will learn how to effectively alert their handlers.

According to the Tennessee Highway Patrol, “Pito” and “Duke” will be among the elites.

WREG was told the THP has 34 K-9 teams across the state.

There are 21 drug dogs, four of which are trained in drug and patrol, ten explosive detectors, two tracking and one cadaver canine.

Nashville K-9 donates one to two dogs each year to a different Tennessee law enforcement agency.