Some using ADA loophole to bring non-service dogs into restaurants 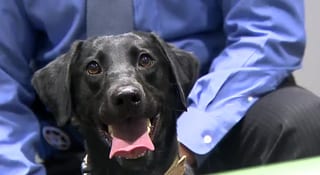 There are dozens of “dog friendly” restaurants and businesses in Music City.

Most of them require dogs to be on the patios, unless they’re “service dogs.”

But, not everyone is following the rules. Some dog lovers are using a loophole, bringing their pets inside.

Dog trainers and restaurants say this has become a real problem for those who truly need service dogs.

Ali Hemyari owns Nashville K-9, and trains service dogs. He says, it can take anywhere from six months to two years to train one of these animals.

“The average service dog has to undergo a lot of testing,” Hemyari explains. “They have to be good with wheelchairs, walkers, canes, escalators, elevators, loud noises, carnivals, fairs, things like that.”

Hemyari says there’s a loophole pet owners are exploiting to get their dogs into restaurants.

“Whether that disability is intellectual or physical, that dog is there to perform a task,” said Hemyari.

At Fido in Nashville, general manager Dagan Crews says federal law prevents fellow pet-friendly establishments from asking for proof that a dog is a service dog.

“This is something we deal with daily here,” Crews said.

Dogs for “emotional needs” do not count as service animals according to the American Disabilities Act.

However, anyone can say their dog is a “service dog.”

There’s also a concern about public health when people take advantage of the system.

“You don’t know what that dogs been rolling around in. I’ve even seen a dog jump up and sniffing on random stranger’s plate,” said Crews. “I definitely look at it like parking in a handicapped spot.”

The Metro Nashville Health Department says this is tough to enforce. A health inspector would need to catch the business allowing non-service animals inside.

The ADA doesn’t require service dogs to wear a vest or identifier. Restaurants have the right to ask the dog owner to leave if their dog is misbehaving.